Just Film Distribution, Column Film and Fiction Valley proudly announce that Jackie & Oopjen (directed by Annemarie van de Mond) is the winner of the Cinekid Gouden Leeuw for Best Dutch children’s film. Ten movies, one of which is Jackie & Oopjen, were selected for the competition. The prize was awarded last Wednesday to main characters Frouke Verheijde (Jackie) and Sarah Bannier (Oopjen). People at home could attend the show through a livestream. Earlier this year the film won the Heart-on Award (Beyond the Boundary Feature) during the Busan International Kids and Youth Film Festival in South-Korea and is still competing in many other competitions. Jackie & Oopjen starts off with a particular meeting in the Rijksmuseum, where Oopjen steps out of the famous Rembrandt painting and comes to life. Jackie decides to help Oopjen with a special quest. Jackie & Oopjen develop a beautiful friendship and even become BFF’s. They experience hilarious moments together, but also find themselves having to tackle some obstacles. Experience the unique friendship between Jackie and Oopjen in theatres now.

From the jury report:
Jackie & Oopjen is a very original, immersive, funny and thrilling children’s film about an impossible friendship between Jackie, who lives in Amsterdam, and Oopjen, who was painted by Rembrandt. It is clear to see a lot of love, care and attention was put into the film. The story is portrayed in a realistic way and the acting of the cast is incredible. In conclusion: an amazing film for the entire family.

Director Annemarie van de Mond and producer Chantal van der Horst are extremely happy with the prize: “For me this prize is an ode to friendship, imagination and joy; very welcome in this period of time!” 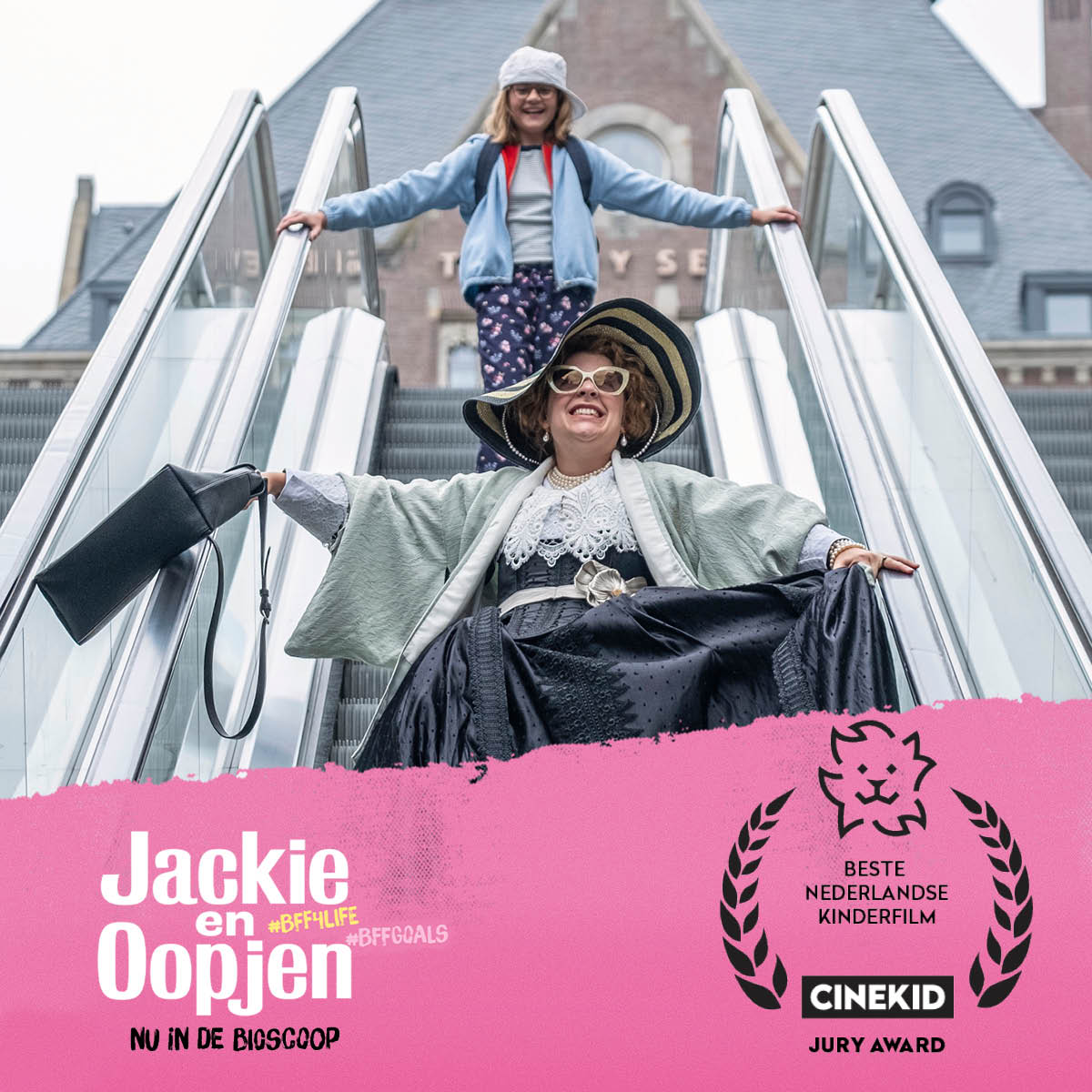